Rare coins: How to tell if they’re authentic or not 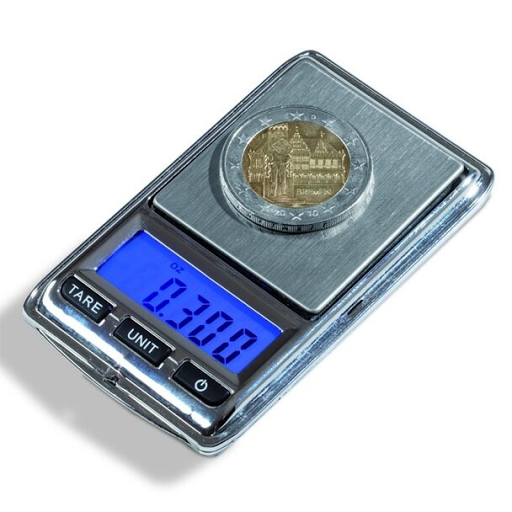 In any endeavor in life that involves money, there will always be people trying to take advantage of others. Coin collecting is no different. Over the years, countless fakes have made their way to circulation, and so many coin collectors have been victimized. Fortunately, according to Sadigh Gallery, there are sure-fire ways to prove whether rare coins are authentic or not. Image source: westedmontoncoinandstamp.com Sadigh Gallery gives a quick refresher on how to spot fake rare coins. Choose personal over online transactions, as much as possible. Personal transactions will give you a glimpse of the actual coins. Legit sellers won’t have a problem with meet-ups. Online transactions sometimes yield results. However, if the seller is a reputable and established company like Sadigh Gallery, a simple check at their website will tell buyers all they need to know. Image source: thesprucecrafts.com Bring an authentication kit when meeting up with a seller. Of course, this is
Post a comment
Read more 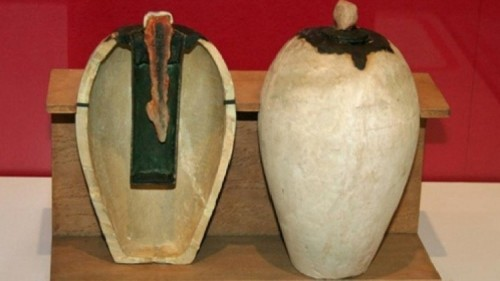 Archaeologists, both professional and amateur ones, unearth wonders from tens of thousands of years past. Every once in a while, their discoveries are incredibly puzzling that they remain unexplained. These invaluable artifacts spark conversations and further discoveries in order to prove and explain their existence. Image source: iraqicivilsociety.org The Antikythera mechanism was discovered in a shipwreck buried beneath 45 meters of water off the coast of the Greek island of Antikythera, shares Sadigh Gallery. Built to calculate astronomical position, it is made up of a box with dials on its outside, with intricately assembled gear wheels placed within the box. The Saqqara bird was discovered in 1898 through an excavation in Pa-di Imen tomb in Egypt. Made from a sycamore tree, the artifact weighs less than 40 grams, with a wingspan that is over 7 inches. The Baghdad Battery is an ancient device consisting of a 5 ½ inch tall clay vessel, with a copper cylinder glued in
Post a comment
Read more

Why the Japanese katana is a sought-after piece 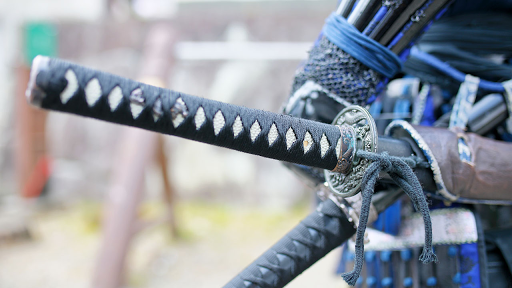 Among many collectors of ancient artifacts, it seems that a common item on their wish list is an authentic Japanese katana from ancient Japan. The experts at Sadigh Gallery share their thoughts on what makes the Japanese katana is a sought-after piece.  Image source: wattention.com 1. Craftsmanship like no other There is something to the creation of the katana that makes it both a very effective tool for its intended purpose and a work of art because of its intricate design. The smelting process used is different from the modern mass production of steel, even made more complex with varying degrees of smelting on the blade's individual facets, from the spine to the sides to the edge. It takes up to five persons to complete the katana's construction, shares Sadigh Gallery.  Image source: en.wikipedia.org 2. Personalized creation A katana from ancient Japan is not the type that is produced in volume. A katana forger of old typically makes a sword for a specific warrio
Post a comment
Read more

A brief introduction to the Cycladic civilization 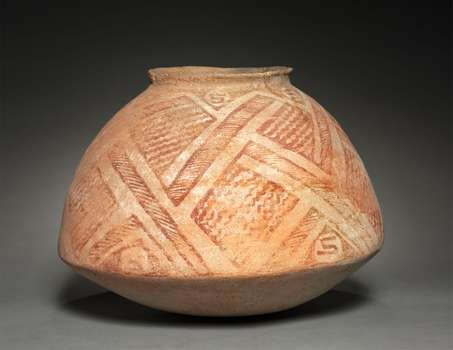 Considered a Bronze Age civilization, the group of people who were a part of the Cycladic civilization lived in a group of islands known as the Cyclades. They thrived from 3200 - 1100 BC and were known for their distinctive art and culture. Sadigh Gallery carries a collection of Cycladic idols that collectors of ancient artifacts will surely love. This blog post aims to introduce readers to this civilization.    Image source: Britannica.com As residents of the islands of the Aegean Sea, the ancient Cycladic people were believed to be the first to settle in this region. First rediscovered towards the end of the 19th century, this ancient group of people were believed to have lived as fishermen and traders. Evidences show that they had houses and temples which were made of stone. However, it is also possible that they thrived in doing agricultural work and also raised cattle and livestock. Since they lived near the Aegean Sea, many archeologists assume that they were also a se
Post a comment
Read more

Insects in amber – Your next collection craze 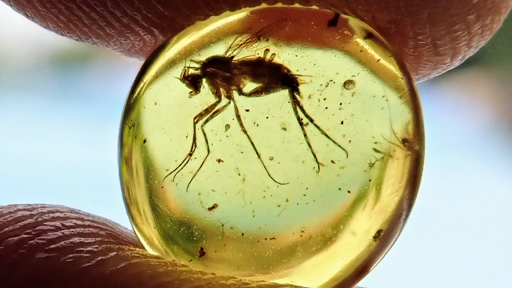 When it comes to precious items, serious collectors are always on the lookout for the next item or series of items that are worth including in their lineups. Sadigh Gallery suggests to all avid collectors that they get a fair look at insects in amber.  Image source: asia.nikkei.com If works of art and artifacts from ancient civilizations provide a certain kind of appeal, this is definitely because of their history. However, what if you have a chance to own an item that takes this even a step further? Today's newest craze in artifact collection brings us far back into pre-historic times, with insects in amber. What exactly is amber? Amber is simply a fossilized tree resin. As most industry practitioners know, tree resin is a highly viscous substance from trees and some plants, explains Sadigh Gallery. Chemically, this is a mixture of organic compounds. What makes it so unique is that it can get quite sticky.  Image source: medium.com In nature, tree resin has been kn
Post a comment
Read more 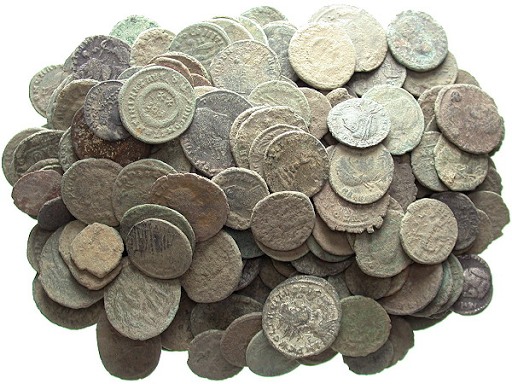 The first rule of cleaning ancient coins? Do not clean it. While most coins may need general cleaning, using one's technique may do more harm than good. Most valuable coins rarely need cleaning, and they maintain their value without the need for some tidying. Sadigh Gallery shares in this blog post a brief guide on keeping coins clean.  Image source: forumancientcoins.com Coin cleaning is more apt for lower value coins such as dimes and pennies. For coins with patina, the greenish and copper-looking effect adds to the value, as condition and the date's rarity are considered. As a result, 99% of coins with patina cleaned off them do not sell for a higher value. To preserve or add to their value, ancient coins must be cleaned properly, with the patina still in place. The key to cleaning an ancient coin is patience. It can be challenging to preserve the patina while removing all of the dirt. Leave old coins in a container filled with distilled water for 24 hours. A
Post a comment
Read more 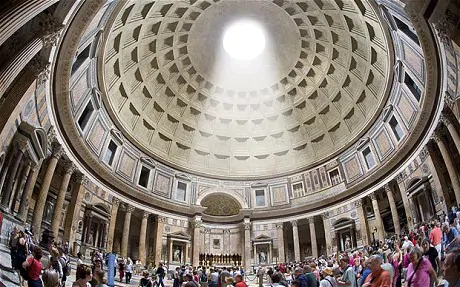 Ancient Rome is a testament to humanity's greatness. Though many sites have not survived the test of time, there are still some places that people can visit to better understand the empire's history. In this blog post, Sadigh Gallery shares must-see historical sites in Rome.    Image source: Telegraph.co.uk The Forum One of the most important sites in Ancient Rome, The Forum served as the center of society. It was the venue for entertainment, political debates, hearings, trials, and other social gatherings. Because of this, other structures in the city were built near this building. As the empire expanded and more structures were erected, the use for The Forum lessened. Still, it remained a significant government complex for Ancient Rome. The Pantheon This building is considered to be one of the greatest architectural wonders in Ancient Rome with its iconic concrete domes. Completed in 125 AD, this structure is one of the most well-preserved ancient sites in th
Post a comment
Read more
More posts

Sadigh Gallery
Located in New York City, family-owned Sadigh Gallery specializes in the handling and selling of ancient art works and coins from around the world. The gallery provides affordable ancient antiquities and friendly, down-to-earth service. Over the years, some of their loyal customers have become their friends. The gallery is the perfect choice for new and first-time ancient artifact collectors. They also do appraisals.

Popular posts from this blog

A glimpse into Canaanite art and objects 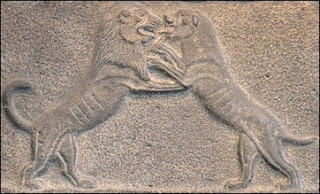 While it lacked political or ethnic cohesiveness, Canaan’s inhabitants throughout the region had cultural similarities that reflected in archeological remains and the body of Canaanite literature, art, and artifacts known today. Literary sources largely provide what is known today about Canaan’s history and culture, and they pair well with what archeology has so far uncovered about Canaan, according to the New-York based family-owned Sadigh Gallery. Image source: FactsandDetails.com Image source: TimesofIsrael.com  Canaanite art, artifact, and objects maintain an identity derived from different cultures, such as the Mycenaean, Mesopotamian and Egyptian cultures. A stark symbol of the Canaan life – characterized by rural towns and farms – was a form of hoe, which helped the Canaanites break up soil to prepare for sowing. Thus, a number of ancient digging tools from the area can be dated to the Late Bronze or Early Iron Age, or around 1200 BC. Canaan art objects
Read more

How Can Collectors Confirm The Authenticity Of An Ancient Artifact? 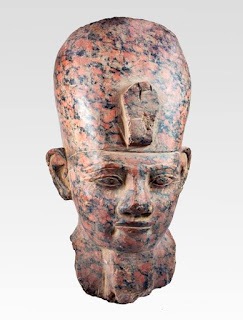 Image source: Facebook.com/Sadigh Gallery Ancient Art Collecting ancient artifacts and coins is a worthwhile hobby. However, this activity requires a good eye since there are many stores (especially online) that sell fraudulent items. Instead of wasting time and money on these rip-off items, collectors should first confirm the authenticity of the artifact in their hands. Here are some of the ways to ensure that their prized item is genuine: Have it appraised by archeologists Whether in museums, galleries or schools, archeology students and professionals have been trained to know which items are truly from centuries ago. When an ancient artifact has been with the collector’s family for years or an item has been given as a gift, it’s still practical to have these items appraised to make sure that what they have is not fake. Seek the expertise of an independent appraiser Of course, there are also independent appraisers who are just as skilled as thos
Read more 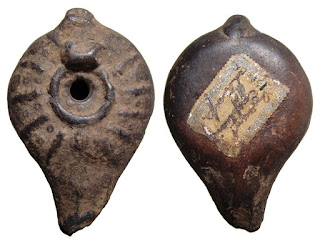 Image source: ancientresource.com At the height of its power, the Roman Empire covered much of West Asia, approximately a fourth of Europe, and the entire northern coastal area of Africa. The vastness of its territory meant that society today has been gifted with countless ancient artifacts and ancient arts from the Empire scattered across the world. An example of the artifacts is the Roman oil lamp, which Sadigh Gallery has plenty of. Almost every Roman then possessed an oil lamp because it was their primary source of light during the night. Oil lamps were said to be one of the most common items that can be seen in households during the ancient times. While several materials can be used for creating ancient oil lamps, the Roman versions were usually made of ceramic, particularly gypsum or plaster. This allowed for ornamentation of the lamp to the liking of its creator. The Romans were quite fond of divinity, art, and nature, themes that were apparent in the design of t
Read more
Tweets by sadighgallery